Asians in Energy founder, president and CEO Susie Y. Wong leads the national nonprofit organization to educate and outreach to Asian Pacific Islanders (API) on energy issues, policies and trends. She currently is a government affairs and public policy consultant advising state legislators, local elected officials, c-suite executives, and nonprofits on regulatory, permitting, licensing, and financing solutions. Earlier, as a former appointee for Governor Arnold Schwarzenegger’s administration at the California Environmental Protection Agency, Wong was responsible for special projects and external messaging to implement AB 32, the Global Warming Solutions Act of 2006, requiring California to reduce its greenhouse gas emissions across communities and industry sectors. She also served as lead on API outreach for the governor’s office in Northern California. Wong formerly was deputy director of external affairs for the California Department of Toxic Substances Control and deputy director of communications at the California Department of Corporations.

Her long-standing commitment to delivering positive impact to communities includes her volunteer work as member of Solar Power International and Energy Storage International Education Committee on managing growth, advisory board of Alliance for Climate Resistant California, member of FBI-sponsored Infragard’s energy sector, advisory board and past president of the Asian Pacific State Employees’ Association Foundation, founder and co-chair of the Sacramento Regional Coalition for Tolerance, and former member of the board of Asian American Journalists Association in Sacramento.

Earlier in her career, Wong was a TV, radio and print reporter. 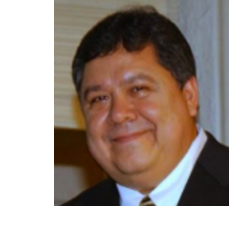 José L. Perez is chairman and CEO of Hispanics In Energy, a national organization which facilitates Hispanic inclusion in America’s energy industry. He also serves as chairman and CEO of the California Utilities Diversity Council (CUDC), which he founded in 2003 with Michael Peevey, president of the California Public Utilities Commission. While leading the CUDC, the organization helped the CPUC set new benchmarks in utility supplier diversity procurement by California-regulated companies. In 2008, he co-founded the National Utilities Diversity Council and served for three years as president.

In 2009, Perez was part of the key team that co-founded the California Asian Chamber of Commerce, serving as a member of the board for five years, where he provided his expertise on supplier diversity procurement.

Perez is also founder and publisher of the Latino Journal, a non-partisan publication which provides an independent analysis of public policy and government from a Latino perspective.

Perez lectures nationally on Hispanic workforce development, in addition to advocating for greater participation by Hispanics in supplier diversity procurement, public policy and other energy issues. He has a bachelor’s degree in government from California State University, Sacramento and a certificate on corporate governance from the Graduate School of Business at Harvard University in Cambridge, MA. 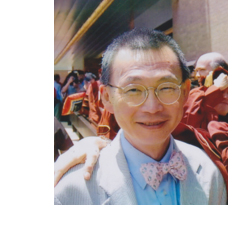 In addition, Liao is an adjunct professor lecturing on a course in International Business and Management at Skidmore College. He also is president of Salem Consultants Inc., a management consulting firm performing outsourced CFO, COO, Controller and general financial and litigation advisory services.

Previously, Liao has served as an executive at The Municipal Art Society of New York, The Jockey Club and Christiansen Capitol Advisors LLC. He also served as a director of fiduciary and financial auditing at Siemens Corp., manager of financial and litigation services at Touche Ross & Co., and vice president of Asia-Pacific and Europe for Manufacturers Hanover Leasing Corp.

Dr. Ali Chowdhury holds a doctorate in electrical engineering and has more than two decades of experience in the electric utility industry, electric equipment manufacturing industry, consulting, teaching, research and development in power system reliability and security assessments, planning and analysis. He currently is vice president of transmission and generation interconnection planning at 8minutenergy Renewables in Folsom, CA, where he manages a portfolio of 2,000+ MW of solar PV projects.

Prior to joining 8minutenergy Renewables, Chowdhury was the director of Regional Transmission South at the California Independent System Operator, also known as California ISO, in Folsom, CA, where he had oversight of system reliability, economic and renewable energy transmission planning for California ISO grid infrastructure development, and transmission system operations engineering.

Dr. Chowdhury has approved more than $15 billion worth of extra high and high voltage transmission lines and substations for interconnecting renewable and conventional generators as well as for interconnection of large industrial and commercial loads. In addition, he has approved about $5 billion worth of transmission elements for maintaining system reliability and security in meeting increasing load growth.

Chowdhury co-authored “Power Distribution System Reliability: Practical Methods and Applications,” published in 2009 by John Wiley & Sons. In addition, he has authored or co-authored more than 150 technical papers published in peer reviewed national and international journals. He lectures nationally and internationally on theory and applications of power system reliability and value-based planning.

He has received numerous awards from the Institute of Electrical and Electronics Engineers for his outstanding leadership and contributions to the institute and engineering profession and received outstanding technical prize paper awards from several technical organizations.

Earlier in his career, Kim served as Senior Advisor to former City of Los Angeles Councilmember David Ryu of the 4th District providing guidance on budgeting, policy, and community engagement planning for over 300,000 residents. In Kim’s role at Southern California Gas Co., as Community Affairs Manager, he carried out corporate philanthropy and employee engagement to benefit underserved communities. He was appointed as Deputy Director and Community Liaison to former California Governor Arnold Schwarzenegger responsible for the counties of Santa Barbara, Ventura, Los Angeles, and Orange. He also served as Central Area Director to former City of Los Angeles Mayor James K. Hahn. 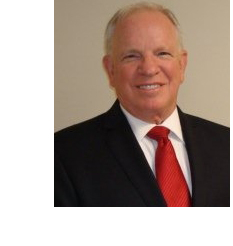 Robert A. Laurie has extensive experience in all aspects of law and policy relating to energy, land use, environmental regulation and energy conservation and development applied at the local, state and federal levels of government.

Laurie served as a California Energy Commissioner for the State of California from 1997-2002 and was responsible for the licensing of new generation, energy research and development, renewable energy policy and energy efficiency programs. He has more recently led energy and environment advisory groups for U.S. Presidential and Senatorial candidates. On behalf of the U.S. State Department, Mr. Laurie has consulted with energy and environmental leaders in Central and South America, Asia and Europe as well as the United Nations.

In his capacity as an energy, land use and environmental attorney, Laurie has participated in obtaining approval for literally hundreds of residential, commercial and industrial projects throughout Northern California. He has led development teams from property acquisition to full build-out. He has more than 30 years of experience working with state and national environmental regulations and has litigated such at the state level.

Laurie has served in government as both an elected official and legal counsel at the local, state and federal levels. He is a legal advisor to many local government agencies.

Laurie is a Professor of Law at McGeorge School of Law in Sacramento and lectures on California land finance. He has previously served on the faculty of Folsom Lake College and William Jessup University as well, lecturing on American government and political theory.

A native of Russia, Sergey Terebkov is the founder and president of the Slavic American Chamber of Commerce, which provides services for and facilitates the growth and success of businesses that serve the Slavic American community throughout California. Under his leadership, the Slavic Chamber has grown into a significant force, drawing dignitaries and elected officials to meet with its members, in addition to annual visits to meet with legislators at the state Capitol.

Under Terebkov’s leadership, the Slavic Chamber has expanded its presence throughout the state. The chamber partners with Russian business organizations in San Francisco and Los Angeles.

Terebkov has an extensive background in public relations, real estate and financial services, non-profits and local government. In addition to serving the City of Sacramento as the community liaison, he also owns and operates an insurance agency with a specialty in personal lines and small businesses.